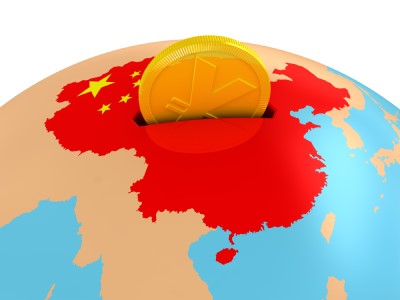 In actuality, most violating emails are snared in the Great Firewall Of China and never make it to their intended inboxes. China operates the most efficient and brazen online censorship policies in the world, enforced by a bureaucracy of internet censors that is acknowledged to total 28,000 but is rumored to exceed 100,000 government employees engaged in the full time pursuit of deleting “illegal” content from all forms of online communication.

Unlike the relatively lax opt-out policy represented by the U.S. CAN-SPAM Act, Chinese regulations call for specific permission to be received prior to sending out any email missives and for the evidence of this action to be recorded and permanently stored for verification.

Connecting with over 600 million email users in China

: is, undoubtedly, a very attractive prospect. However, when you are thinking of sending an Email Campaign to Chinese recipients, there are certain regulations in place which an individual should follow while advertising their services and products in Chinese market.

Why China for Email Marketing?

With an annual growth rate of more than 8% and an expeditiously flourishing middle class, China is the second largest economy in the world. Every year, the foreign investment made in China, as a matter of fact, surpasses $100 billion USD.

In order to maintain the competition and strive through the ever-growing demands of the global market, businesses belonging to various industries from all over the world should implement Chinese strategies into their own business and marketing models.

There are, however, certain regulations in place, which an individual should follow while advertising their services and products in Chinese market.

Below mentioned information should serve you as a guideline if you are looking forward to exploring advertising opportunities in Chinese market:

Unlike the comparatively flaccid opt-out approach profiled by the U.S. CAN-SPAM Act, Chinese regulations call for particular authorization to be received prior to conveying any email messages and for the confirmation of this activity to be recorded and stored permanently for verification.

Additionally, unlike CAN-SPAM that controls email messages where the basic task is marketing-related, Chinese regulation applies to every message, which contains any type of advertisement. Transactional or relationship messages are not viewed as promotional in the United States, but they positively are considered promotional in China, as the smallest measure of the corporate substance directly down to a negligible mention is adequate to trigger the definition.

Should your email message include any downloadable app or software link, it is mandatory by the Chinese law to ensure in written that the programs included in the email do not contain any function or spyware, which can facilitate hacking. These functions could be any form of snippet code virtually, as the definitions in Chinese law are notably fuzzy.

It is mandatory for email marketing messages within the territory of China, to include the word AD or to use the Chinese equivalent of the line of subject. There are a number of countries, which do not require the word AD in the subject line, but according to Chinese regulations, it is not a valid excuse, as they are very clear in pointing out that every email directed to Chinese users must be in compliance.

Article 57 of the Regulations on Telecommunications of the People’s Republic of China instructs about the content of the admissible email and this is a section where real minefield lies. The wording is left obscure on purpose to cover the control China exercises over its online communications.

There are thousands of words, which are banned in China’s cyberspace. Not only does it include the obvious ones such as Democracy, Dalai Lama, Falun Gong, and Tiananmen, but also common words that are seen as fully neutral from a Western perspective such as forbearance, truthfulness, disciple, and compassion.

Furthermore, any marketing of anything that fits the Chinese government’s description of tobacco, pornography, gambling and in some cases even alcohol is cause for the violation.

Cost of Non-compliance for Email Marketing

The act of violation of these regulations is subject to a penalty of more than $1,500 or 10,000 Yuan, and the amount of fine is increased thrice, which amounts for over $4,500 if the act of violation involves ‘unlawful proceeds’ according to the Chinese definition. Thus, a tobacco site forwarding one million emails in China would be a subject to the penalty of more than US $4.5 billion.

Why Email Marketing Is Still The Best Choice Despite Regulations?

An enormous reach and Excellent ROI of Email Marketing campaigns make this direct marketing channel a significant element in the model of overall marketing strategy. Undoubtedly, Email Marketing is a very appealing prospective, as it connects more than 600M email users in China.

The spam, of course, is a major hindrance for Email Marketing. Most countries around the globe have introduced the system of laws and regulations, specially designed to limit the amount of spamming by illustrating a specific set of requirements for emails and penalizing violators by charging various degrees of penalties.

So far, China’s anti-spam legislation of 2006, also known as “Regulations On Internet Email Services”, is the most severe and complex regulation as compared to its US equivalent. This law covers the total amount of emails sent to the residents and users within the Chinese territory.

Role of a Marketer

Reaching out to the broader market segments of China might seem complicated, but it is definitely rewarding. With more than 600 million prospects, everyone wants a piece out of the pie. Do an extensive research and verify that your advertising content abides by the Chinese law and regulations. Also, do not forget that your legal responsibilities cannot be outsourced.

Keep an eye out for our next hot topic: “Germany: How to Crack the Machine” 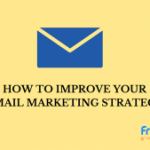 How to Improve Your Email Marketing Strategy

Email Marketing in the Telecom Industry 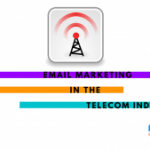 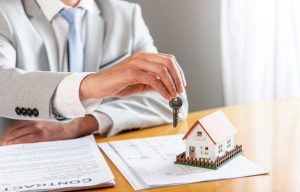 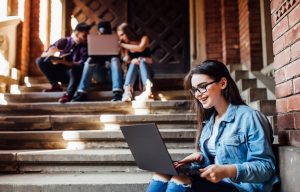 Higher Education Marketing: 5 Ways Your University Can Stand Out 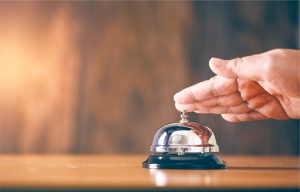